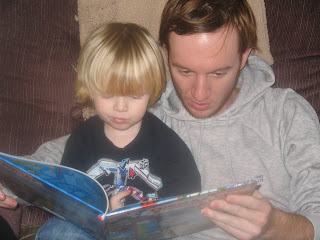 If you’ve been anywhere on the planet the last few days you have seen a story unfold that began with a viral video out of Columbus, Ohio. A television reporter filmed Ted Williams, a man that the headlines labeled “The Homeless Man with the Golden Voice.” As the story caught fire Ted was whisked in just a few days from the streets of Columbus to the TV screens and then the hearts of the nation.
(If you have by chance been away from the planet you can see the story here… http://www.youtube.com/watch?v=O6kI_u3ho_c)

We have been delighted to watch the story of Ted unfold with a paying gig at Kraft Foods, a job offer from the Cleveland Cavaliers, national television appearances and a tearful reunion with this 92 year old mother. It seems like a perfect story of redemption as Ted Williams gets a second chance at life. After years of alcohol and drug addiction, a number of criminal offenses, and hitting the bottom, Ted seems to be on his way up. That’s a great story.

It also is a little sad to think about this amazing voice being unused all of these years. This gift from God tucked away and wasted in a broken, bound, body, ashamed to be heard, ashamed to be used. Actually, that’s a pretty familiar story. Most of us, at one time or another, have silenced the voice that God has put in us because of our shame and guilt. We felt like our story did not deserve to be told, like we had blown our chance of being heard, like we did not deserve to speak. Silenced by our shame we stayed too quiet, too long.

I have been reading Romans 8:1 this week. “There is therefore now no condemnation to those who are in Christ Jesus.” I have spent the whole week mediating on this thought that we are truly set free from guilt and shame because of His work in us. And if that doesn’t make you want to use your voice, I don’t know what will.

The “therefore” in 8:1 doesn’t point back to chapter 7 as is often the case with Paul. To see what the “therefore” is there for you have to go all the way back to Romans 5. Verse 1 says, “We have been justified through faith and we have peace with God through our Lord Jesus Christ.” Romans 5:18 says, “The result of one act of righteousness (the sacrificial death of Jesus) was justification that brings life for all men.” The reason that there is no condemnation is not because we are innately good people or that we have finally chalked up enough good deeds. The reason that we are free from condemnation is that we have been JUSTIFIED by the loving death of Christ for each one of us.

When I was a little kid in Sunday School my teacher would explain being justified by saying God changed me so that it is “just as if I’d” never sinned, justified. In other words, I am free from guilt and shame not because God said, “Oh, you’re okay. I’ll just ignore the sin in your life.” No, He completely took the sin away, healed all of the scars, wiped out the spots, and burned the bandages. There is no hint that I was ever wounded. It is just as if…well, you get the picture. So that there is not even a shadow of condemning, finger pointing, or chastising.

Now, if that is true (and it is) then how in the world can I keep silent about that? How can I let the devil (the Bible calls him the accuser,) how can I let him shame me into keeping my mouth shut? I don’t care where you have been or what you have done you have a story and a voice to tell it with and God delights in hearing you praise Him for His great grace.

I have decided that every Friday this year I’m going to use my voice about one verse in Romans 8. I am spending the whole week meditating on one verse and then on Friday speaking out what God has said to me that week. Not because my voice is golden and not because you need to hear it (you don’t even have to listen) but because what He has done for me (and for you) deserves to be spoken. Scripture says if we don’t use our voices even the rocks will cry out. I’m going to call it “Fridays At 8” (get it, Romans 8) and if you want you can follow along. For now though come in out of your guilt and shame and start using that voice that God has given you. He has taken away your sin and you have NOTHING to be condemned about.

And by the way, if the Cleveland Cavaliers call, give them my number…..

(If you want to see this each week when it is posted you can join the blog at www.mikecourtney.blogspot.com. Or you can send that link to your friends. Does that sound self-serving enough? The pictures of Jon-Mical are totally unrelated and you will not be charged extra.)

One Response to Fridays At 8